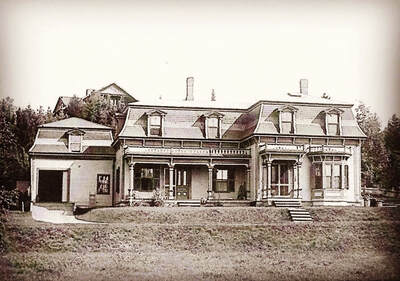 Captain Bennis House 1896
As its name implies, the Second Empire architectural style, also called the French Second Empire style or mansard style, can be traced to France, specifically to the reign of Napoleon III, 1852-1870. Under the emperor’s direction, much of Paris was rebuilt with wide avenues and striking monumental buildings replacing medieval alleys and structures. The reconstruction of Paris in the Second Empire style had a major impact on building design throughout Europe and the United States.
​
As public architecture, the mansard style was meant to exude character and a sense of permanence.

​Residences designed in this style were, therefore, generally large and built for the affluent homeowner. At its most elaborate, the look was sometimes described as a wedding cake. Yet, at the peak of its popularity in the United States (roughly 1855-1885), the style was considered both fashionable and a contemporary statement of modernity. Its popularity led to a widespread remodeling boom during which mansard roofs were incorporated into formerly pitched-roof residences.

In the 19th century, the standard way to refer to this style of architecture was simply "French" or "Modern French", but later authors came up with the term "Second Empire". Currently, the style is most widely known as Second Empire, Second Empire Baroque, or French Baroque Revival; Leland M. Roth refers to it as "Second Empire Baroque." Mullett-Smith terms it the "Second Empire or General Grant style" due to its popularity in designing government buildings during the Grant administration. 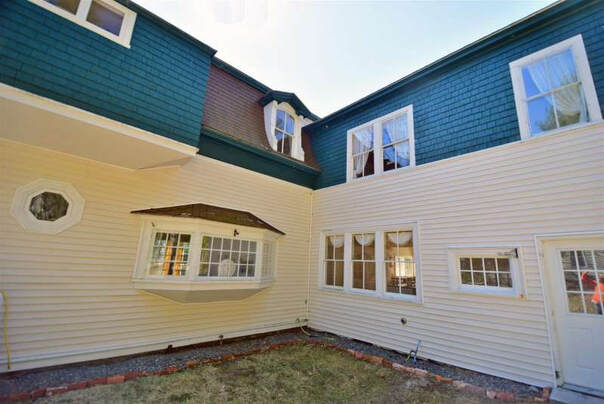 L-shaped design
Second Empire residences often had a simple box form, square or rectangular, and highly symmetrical. Many examples exist in Washington such as Cooke’s Row on Q Street NW in Georgetown. Other good examples are the Visitation School located on 35th Street NW, and the Folger’s offices on the 500 block of 8th Street SE. There was also an asymmetrical form of Second Empire, usually an L plan. It could have two wings or be built as a single block with a strongly projecting bay that called attention to an entrance where the wings meet.
High-style Second Empire buildings took their ornamental cue from the Louvre expansion. Typical features include quoins at the corners to define elements, elaborate dormer windows, pediments, brackets, and strong entablatures. There is a clear preference for a variation between rectangular and segmental arched windows; these are frequently enclosed in heavy frames (either arched or rectangular) with sculpted details. Another frequent feature is a strong horizontal definition of the facade, with a strong string course. Particularly high-style examples follow the Louvre precedent by breaking up the facade with superimposed columns and pilasters that typically vary their order between stories. Vernacular buildings typically employed less and more eclectic ornament than high-style specimens that generally followed the vernacular development in other styles. 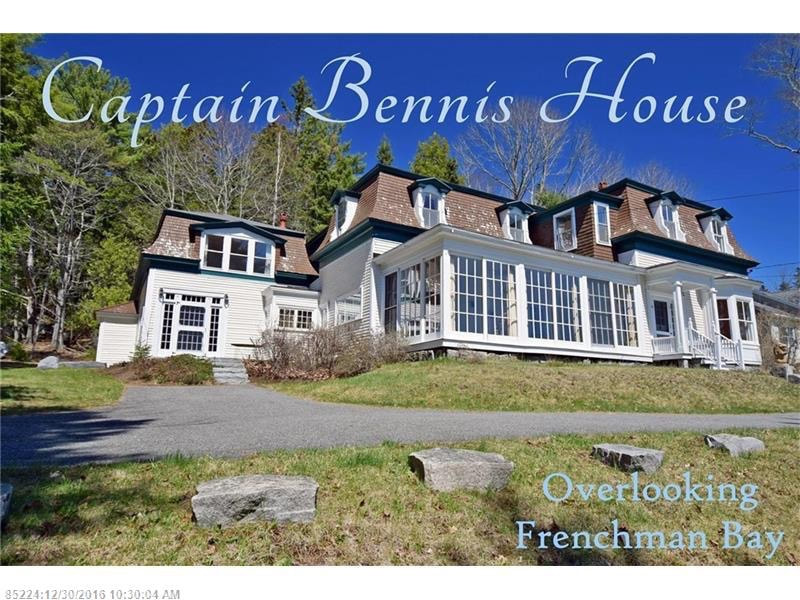